It has been another fantastic 12 months here at Premier, so to celebrate the end of the year we thought it might be nice to share a just a few of the very many highlights from across our world of entertainment, art and culture…

We kicked off the year by launching the Ronnie Scott’s Jazz 60, a specially curated playlist of the 60 most influential jazz records of the last 60 years, all as part of our ongoing work celebrating the anniversary of the legendary Soho venue. Sticking with music, January also saw us produce the annual Nordoff Robbins Legends of Rugby Dinner, a spectacular fundraising event for the UK’s leading music therapy charity. The event raised a huge amount of money and saw headline performances by the fantastic Texas and KT Tunstall. Meanwhile, January was also a big month in the theatre world, and we were thrilled to launch My Name is Lucy Barton at the Bridge Theatre, starring the fabulous Laura Linney as the title character. 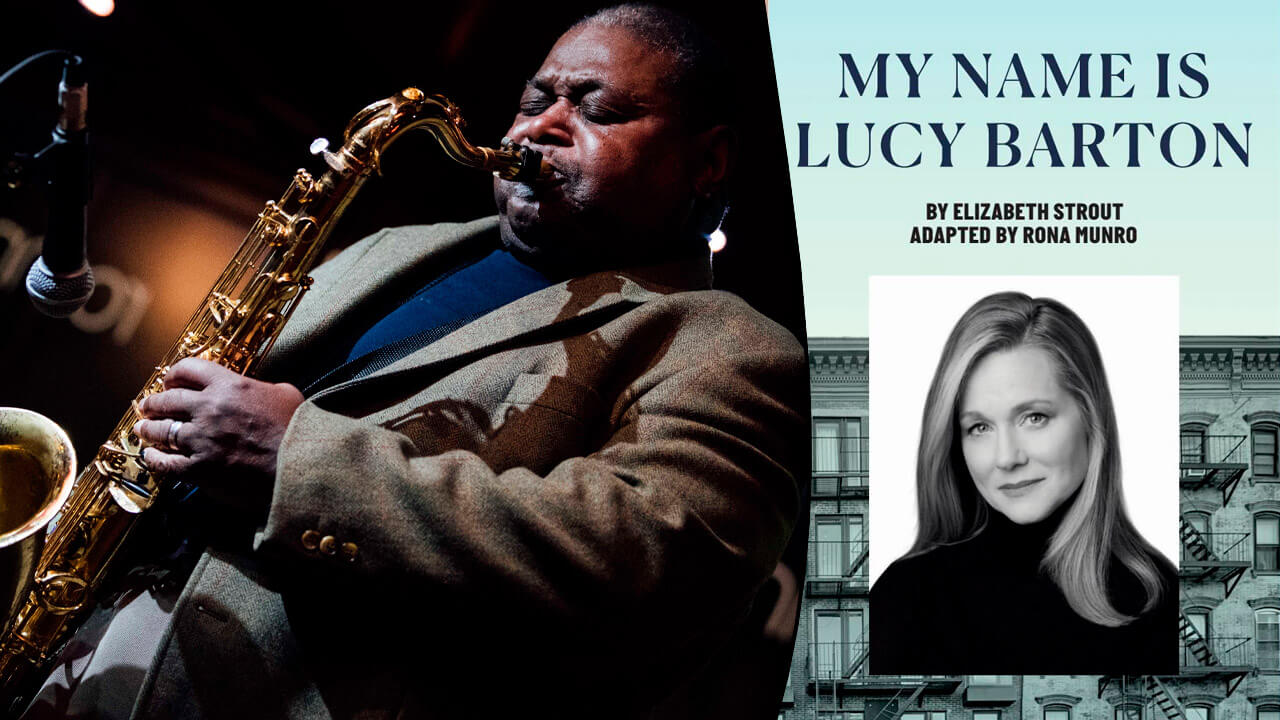 February at Premier is very much about the film awards season, and in 2019 we represented an exceptional range of titles. Working with distributors, producers and filmmakers on campaign strategies throughout the year, this year saw our clients achieve a spectacular 77 Oscar® nominations and 79 BAFTA nominations, including the winner of Best Film at both ceremonies. However, February wasn’t just about the glamour of the red carpet, as our stunts and experiential team were up to their horrifying tricks creating a truly terrifying immersive exhibition to celebrate hit TV show The Walking Dead. Featuring zombie actors, unique artwork and a many scares and surprises, the event captured the imagination of fans and media around the world. 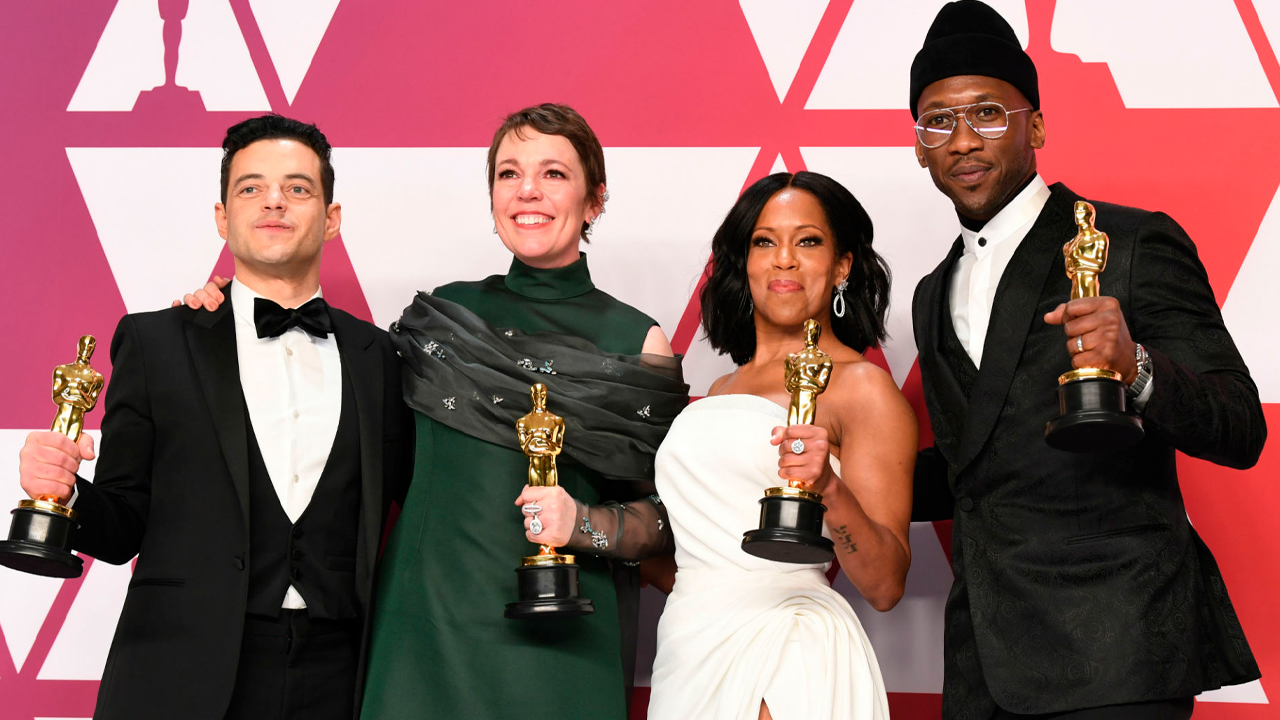 March was a landmark month in the west-end as the stage show School of Rock reached 1000 London performances. With a musical score composed by Andrew Lloyd Webber and book by Julian Fellowes it is no surprise that the show has become one of the west-end’s must-see spectaculars, and Premier is proud to be providing ongoing PR for the production. March was also a big month in the world of computer games, with Premier’s dedicated games team handling the PR and media management for Mortal Kombat 11: The Reveal, a spectacular experiential event hosted at Koko in Camden. This gave consumers and press the first opportunity to get hands-on with the game before its launch in April. 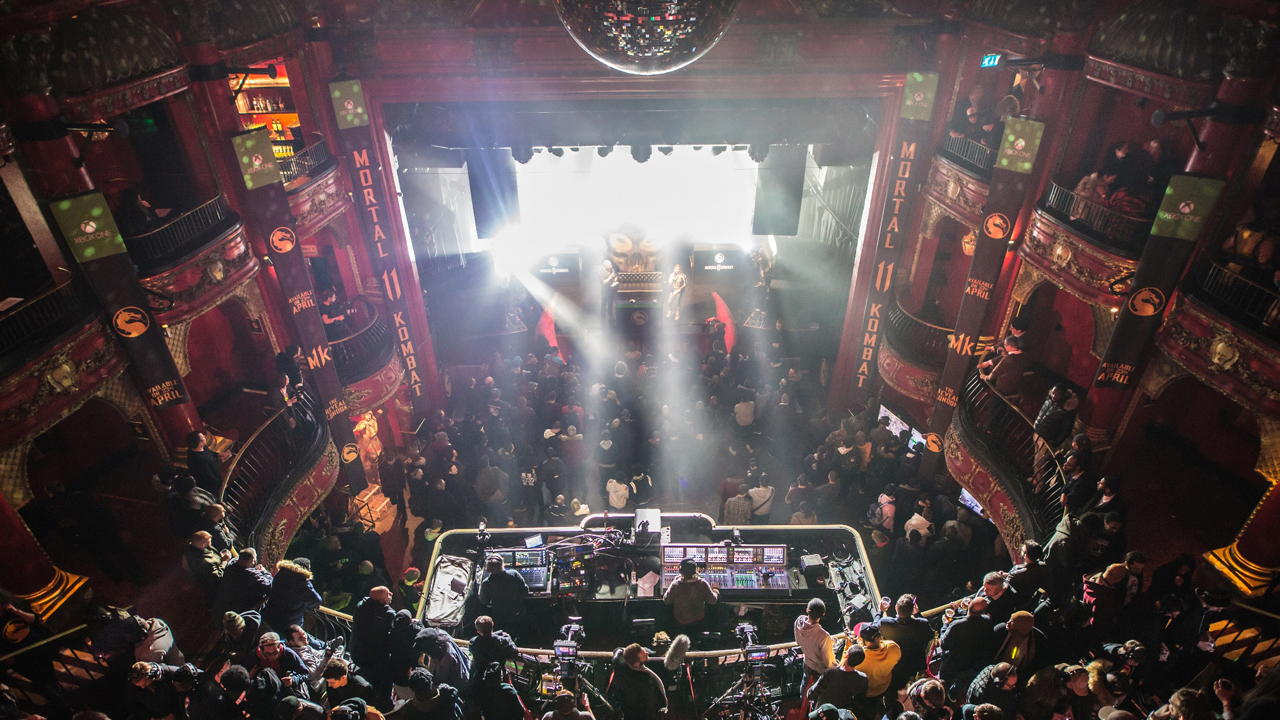 In April we were thrilled to welcome Dame Maggie Smith to the Bridge Theatre, making a return to the stage in the incredible one-woman-play A German Life. Our TV team was also hard at work launching the landmark series Years and Years, from the mind of Russell T Davies. The programme was an instant smash hit, and its sensitive yet shocking depiction of the near future was truly one of the year’s landmark TV moments. We also rolled out the red carpet in April for the UK premiere of Extremely Wicked, Shockingly Evil and Vile, the controversial biopic starring Zac Efron and Lily Collins. 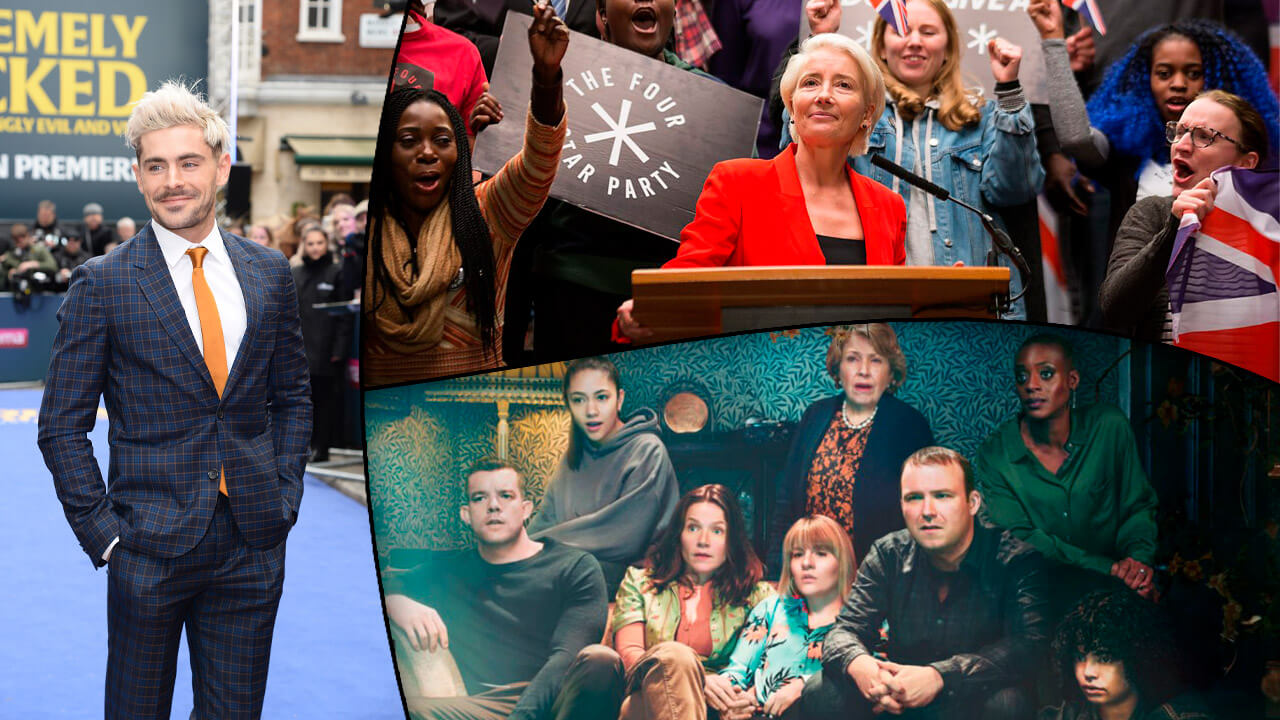 May was another busy month with the Cannes Film Festival and the Eurovision Song Contest meaning that several of the team spend a good part of the month out of the country. In addition to this we handled the world premiere of the Elton John biopic Rocketman, announced the 4th cast of Harry Potter and the Cursed Child in the west end, and brough the glamour of the riviera to west London for the world Premiere of Rivera Season 2, at the Saatchi Gallery. 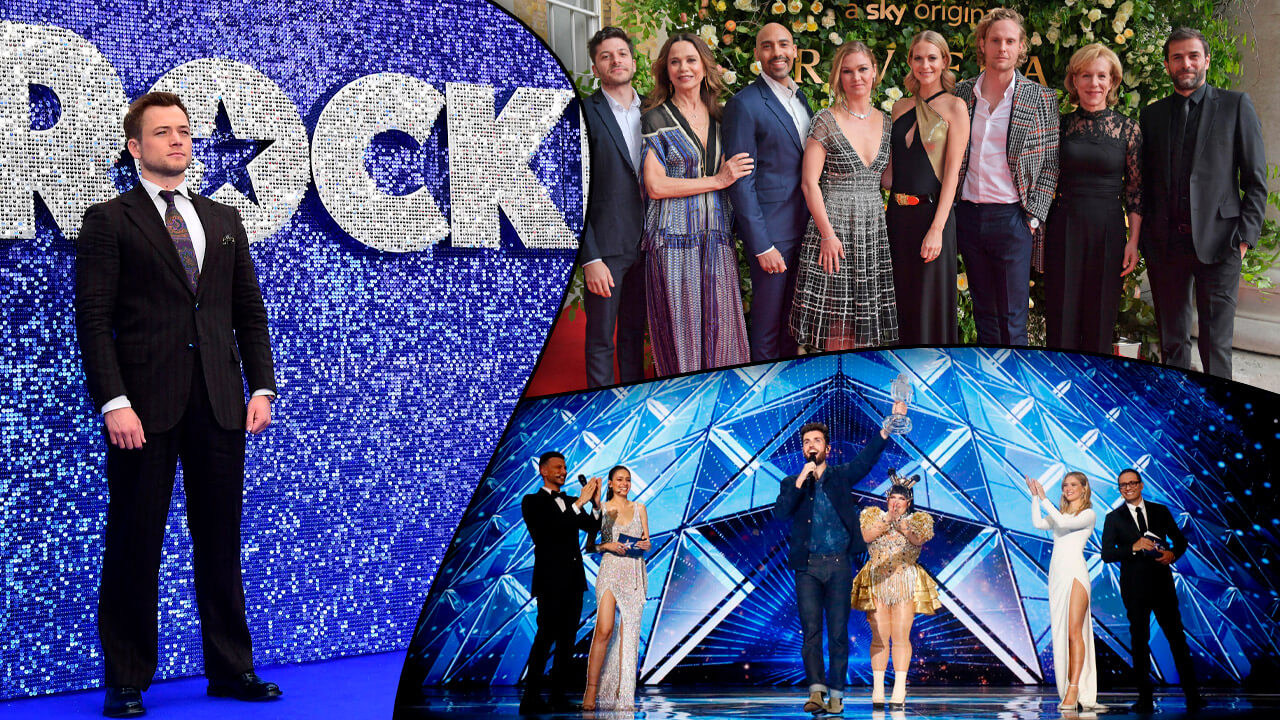 In June Premier’s partnerships team unveiled their latest work, securing partnerships with Police Sunglasses, Paul Smith and Booking.Com to support the release of Men in Black International. Meanwhile, we announced the 2020 premiere of a brand new play from Tom Stoppard, Leopoldstadt, and opening A Midsummer Night’s Dream at the Bridge Theatre. Our special events team were once more at the Grosvenor House, producing the O2 Silver Clef Awards, which honoured the biggest stars of the music industry, including Ed Sheeran, Sam Smith and Dua Lipa. 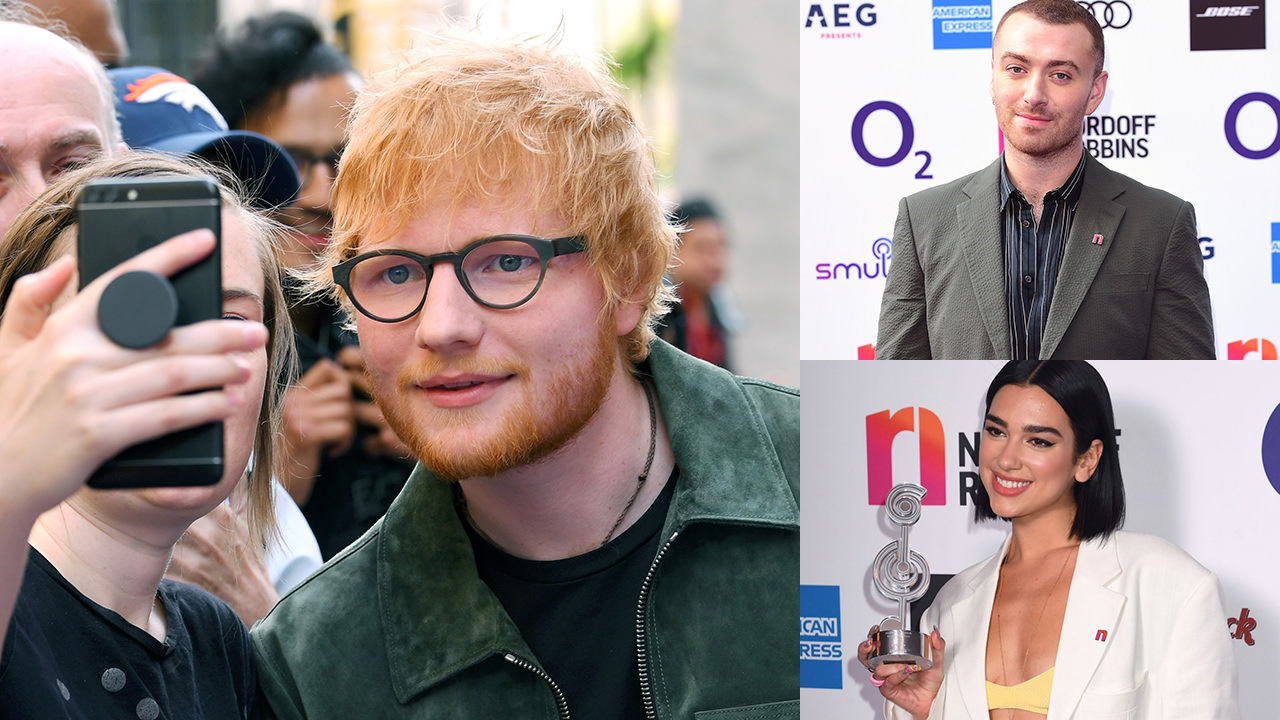 July saw us produce the London Premiere of Quentin Tarantino’s Once Upon A Time... in Hollywood, which was attended by the director and stars including Leonardo DiCaprio, Brad Pitt and Margot Robbie. Our classical music team, meanwhile, were managing PR for the Cheltenham International Festival, whilst in the world of contemporary art we launched the Saatchi Gallery’s summer blockbuster exhibition Sweet Harmony | Rave Today. The spectacular show celebrated 30 years since the "second summer of love", with the Premier team securing blanket coverage that tapped into nostalgia for the rave scene, and the relevance to counterculture today. 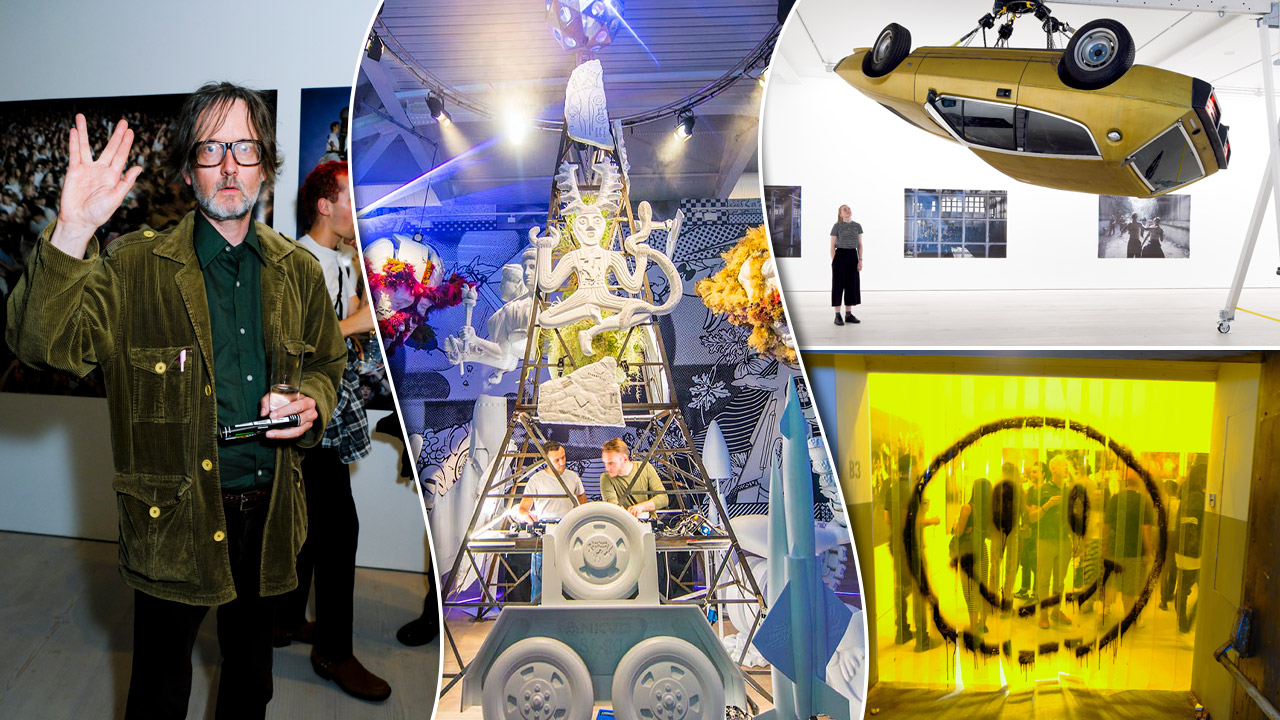 In the world of stand-up comedy August is all about the Edinburgh Fringe Festival, and so it was for Premier’s performing arts team, who decamped to the Scottish capital working on a wide range of projects through the month. Meanwhile in London, the stunts team were once again scaring the general public, this time with a stunt to mark the release of Stories to Tell in the Dark which saw a terrifying haunted scarecrow appear in the heart of London’s Leicester Square. Another highlight of this summer holiday season was the annual Leicester Square Summer Screenings, a free public festival of film in the heart of London’s West End. The end of August saw Premier’s film team head to the Lido for the Venice Film Festival, where we worked on several films including handling the world premiere of Ad Astra, starring Brad Pitt and Liv Tyler. 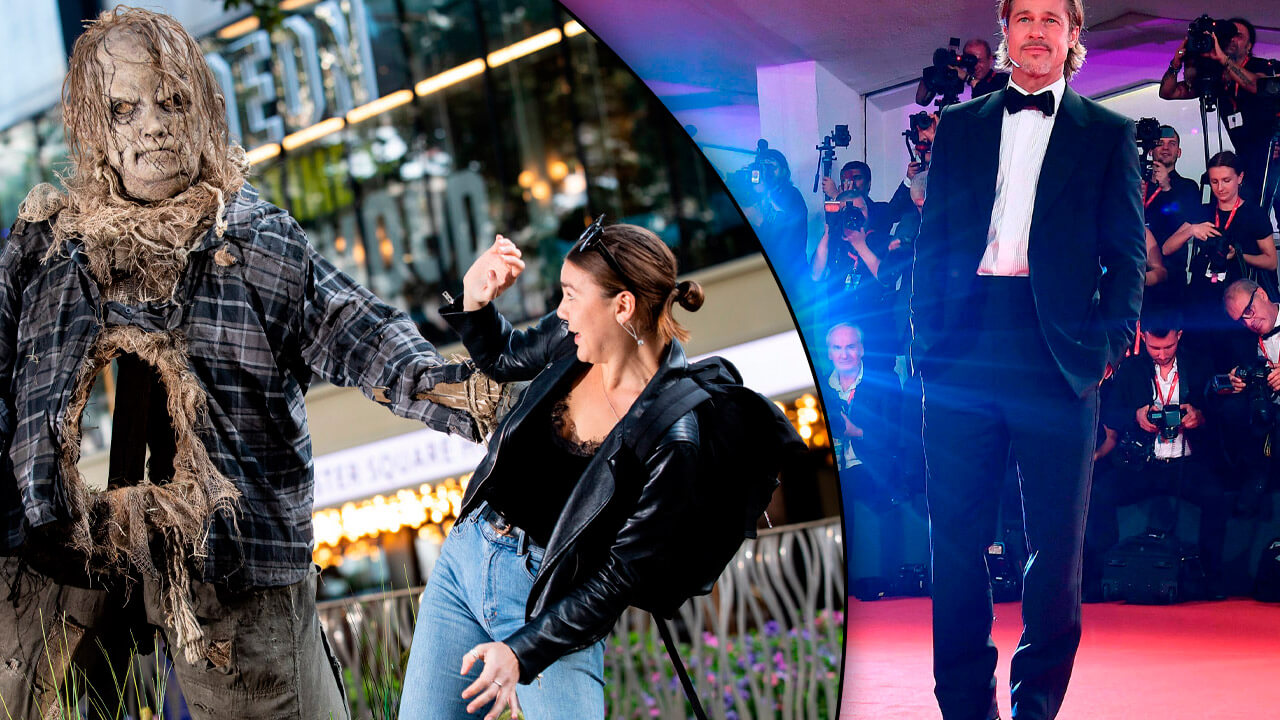 September saw the release of the much anticipated Downton Abbey film, with our team not only producing the world premiere but also securing a significant partnership with ASDA which resulted a bespoke TV advertising campaign to support the release. Meanwhile, our special events team was touring the UK to celebrate the 25th anniversary of hit sitcom Friends. Taking the iconic orange sofa on a whistle-stop trip round England, Scotland and Wales, the experiential event gave fans the perfect selfie opportunity and culminated with a London Eye takeover. September also saw us working once again with charity The Diana Award, supporting their back to school anti-bullying initiative with a PR and influencer campaign. On stage we opened Two Ladies, at the Bridge theatre, with a cast including award-winning actor Zoë Wanamaker who was re-united with director Nicholas Hytner for her Bridge debut. 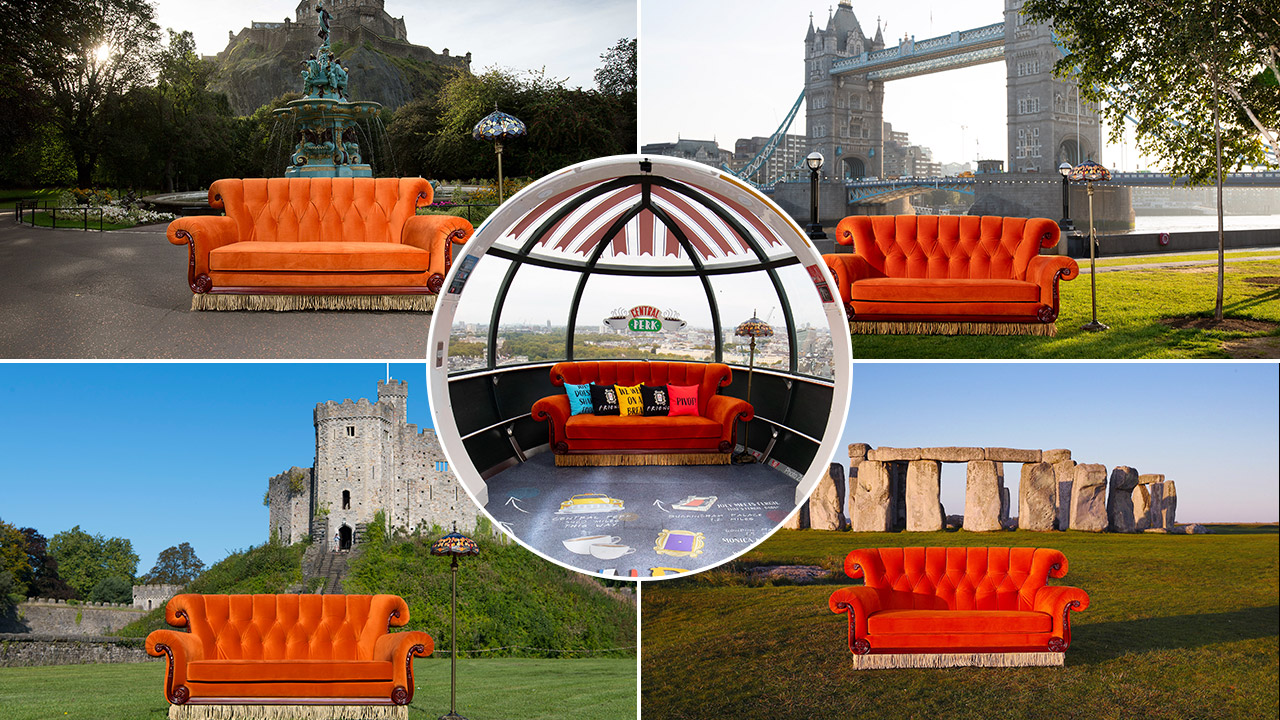 On a particularly rainy evening in early October we brought rainbows and sunshine to Leicester Square with the premiere of Judy, starring Renée Zellweger and some truly iconic umbrellas. A busy October also saw us handling PR for Esquire Townhouse, Harper’s Bazaar Women of the Year Awards and the Gramophone Awards. Premier’s corporate team were out in Cannes for MIPCOM, the world’s biggest TV market, whilst our events team were handling the Q Awards, which featured performances from Scottish rock band Biffy Clyro. October also saw the culmination of our year working with Ronnie Scott’s, with a spectacular 60th anniversary concert at The Royal Albert Hall. 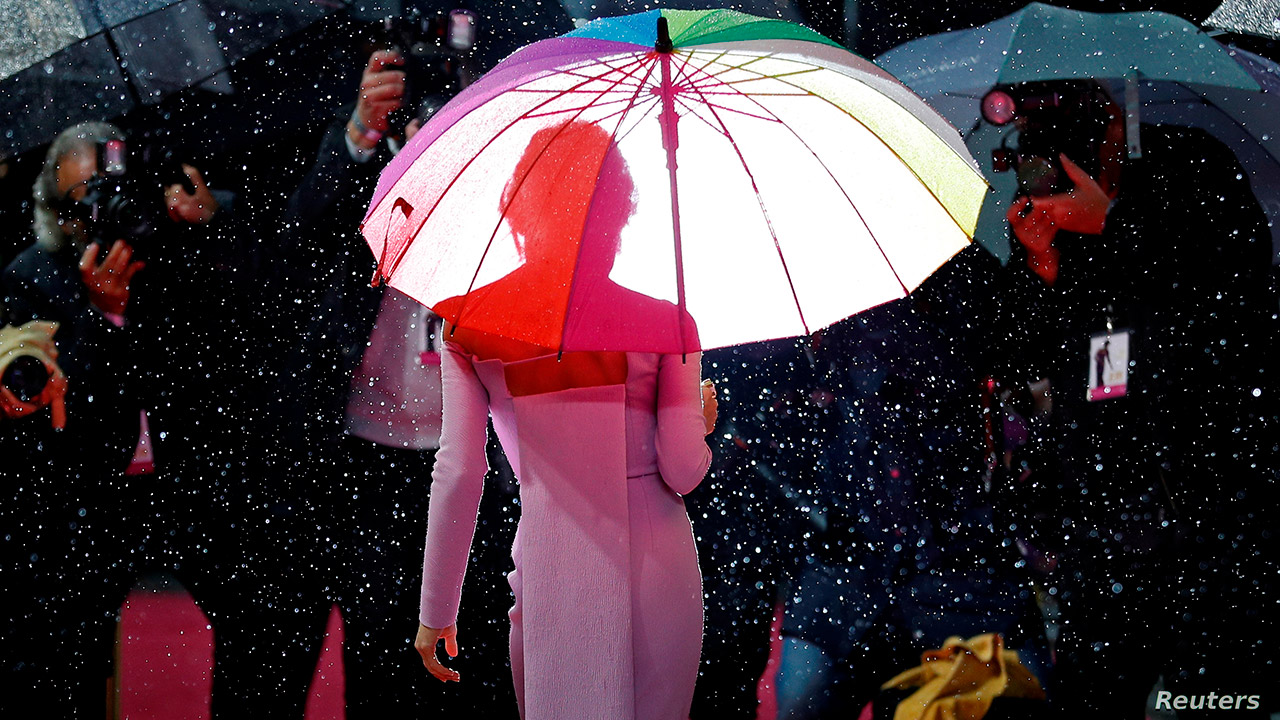 One of the highlights on November was the opening of Tutankhamun: Treasures of the Golden Pharaoh, the blockbuster exhibition of priceless relics at the Saatchi Gallery. Premier is handling PR for the full run of the exhibition, giving people the chance to witness the incredible artefacts for the very last time before they return to Egypt forever. November was also a great month for our theatre team, including the West-End opening of hit musical Dear Evan Hansen, the premiere of Mary Poppins at The Price Edward Theatre, The Lion, The Witch and the Wardrobe opening at the Bridge Theatre and the announcement of extended bookings for Hamilton. We were also proud to be handling PR for mountaineer Nirmal "Nims" Purja, who achieved a world record-breaking ascent of the world's 14 highest mountains in November, an achievement that made headlines around the world. 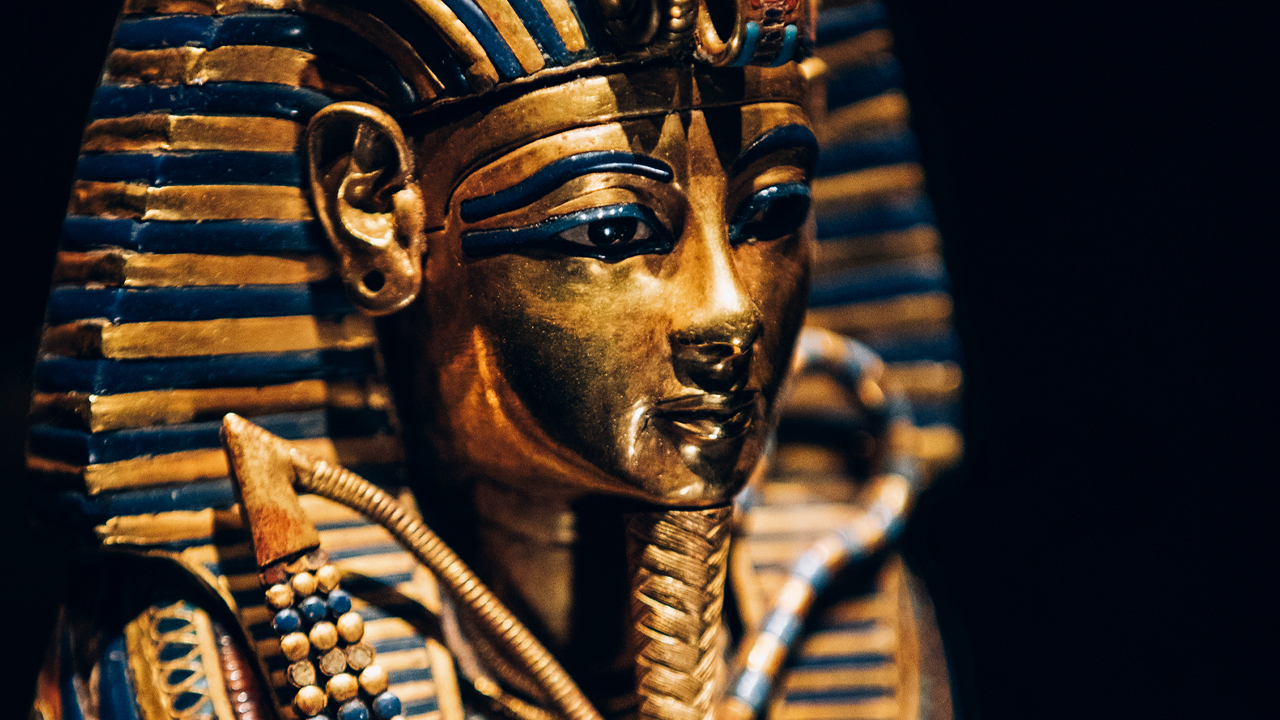 December saw us producing the premiere for 1917, the ambitious new war film from director Sam Mendes, working with international activism charity Global Citizen to deliver their inaugural Global Citizen Prize at the Royal Albert Hall and at a very special event at Kensington Palace. Once again our film team flew out to handle the PR for the Macau International Film Festival. 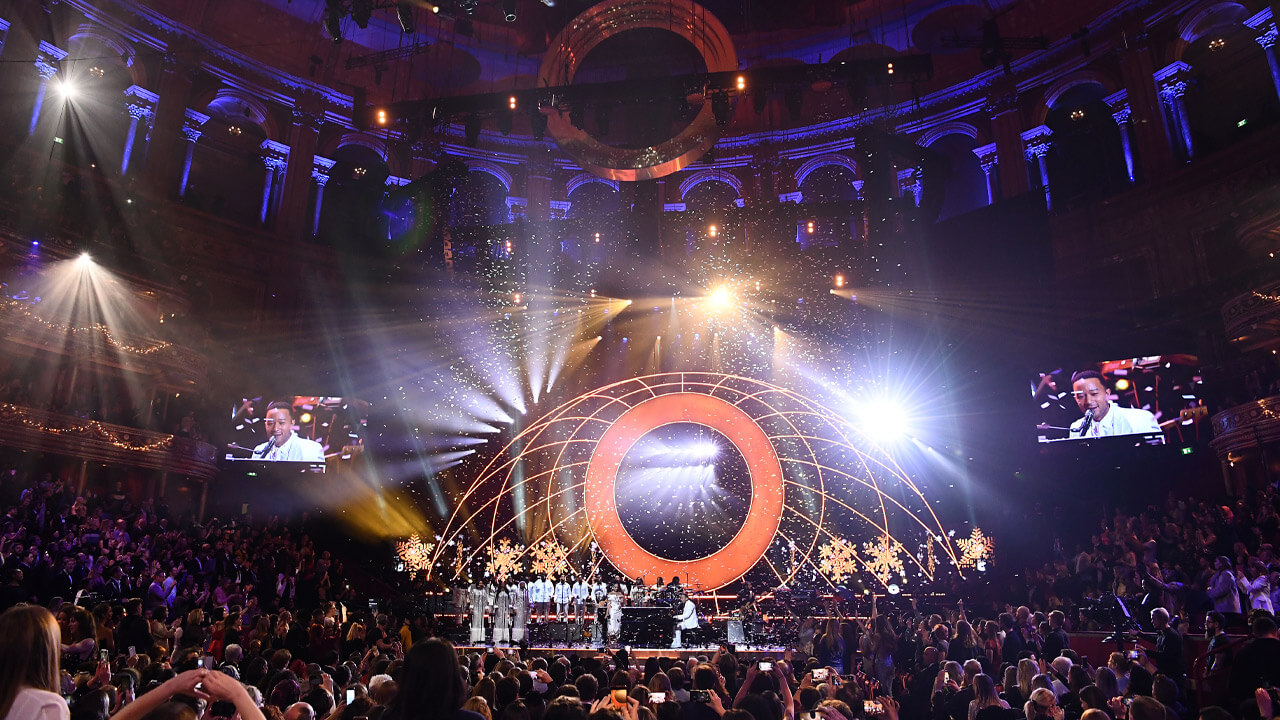